Covid-19 Status: We are now back working full time and able to survey occupied properties. All our surveyors and operatives have full PPE for your and their safety. Read more

Woodworm survey this week on a 12th century sandstone church 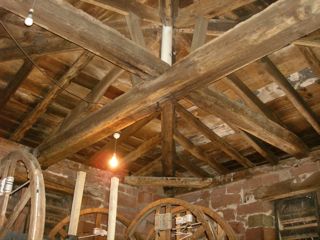 We were fortunate enough to be asked to inspect the timbers of a 12th century sandstone church this week and in particular to be invited to look at the belfry, of course apart from the woodworm there were BATS IN THE BELFRY!

St. Peter's is a simple sandstone church, originally dating from the late 12th century, but with later additions and some traces of a still earlier church. Looking out across the Severn valley, it is situated on a rise above the village and is adjacent to Arley Arboretum and the site of the former Arley Caster. 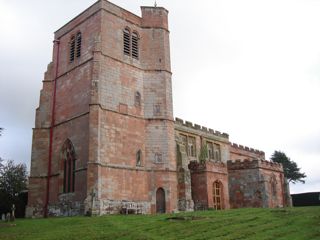 The building bears testimony to the history of the area since medieval times. The oldest monument is the 13th century 'Crusader', believed to be Sir Walter de Bohum, the first husband of Isolda de Mortimer.

After 150 years in the possession of the Mortimer family Arley passed, in the 15th century, into the ownership of the Lytteltons, a family more usually associated with Hagley.

They lived primarily at Arley for the 100 years before the building of the present Hagley Hall in the 1750's. The Lyttelton familly monuments in St Peter's relate to this period in their family history.